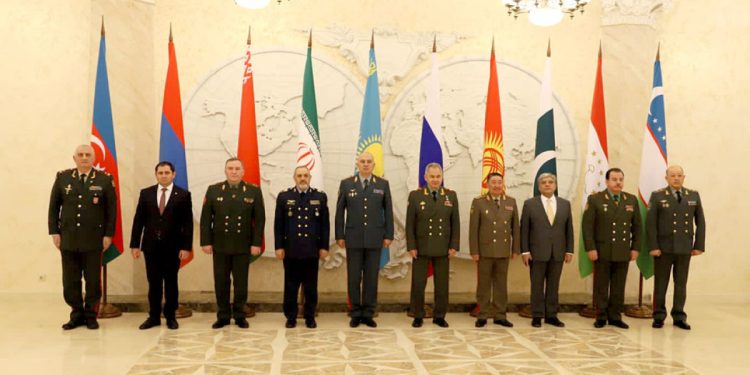 On December 9, a meeting of the Shanghai Cooperation Organisation (SCO) and Commonwealth of Independent States (CIS) member states’ defense ministers was held in Moscow, the capital of the Russian Federation.

The Chief of the International Military Cooperation Department of the Ministry of Defense, Major General Huseyn Mahmudov, represented the Republic of Azerbaijan at the meeting.

Speaking at the meeting, Major General H. Mahmudov provided detailed information on the crimes committed by Armenia against Azerbaijan over 30 years.

The Chief of the Department stressed that ensuring security and carrying out restoration work in the territories liberated from occupation is one of the main tasks that the Government of Azerbaijan faces.

It was noted that the restoration work in the liberated territories has slowed due to mines buried by Armenian military formations.

It was emphasized that 268 Azerbaijanis were killed and wounded by the mines since the end of the conflict.