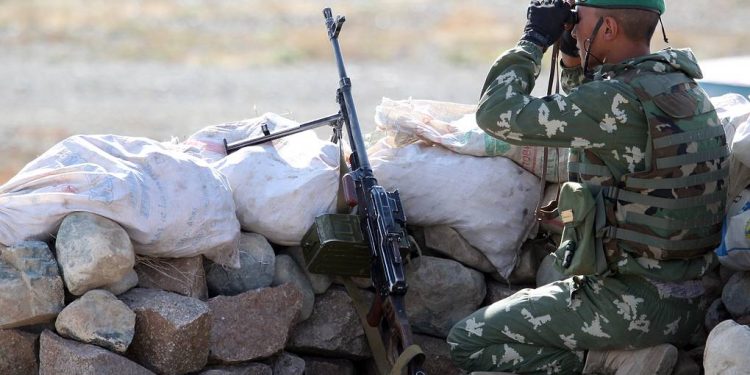 Kyrgyzstan’s border guard service said on Friday that Tajik forces once again opened fire on several of its outposts after a brief confrontation this week, an escalation of tension between the Russian allies, informs Reuters.

Kyrgyz border guards were returning fire as clashes took place along the whole length of the border, the service said. In turn, Tajikistan accused Kyrgyz forces of shelling one of its outposts and seven villages with “heavy weaponry”.

A civilian was killed and three injured, authorities in the Tajik city of Isfara said.

Kyrgyz President Sadyr Japarov and Tajik President Emomali Rakhmon are both attending a regional security summit in Uzbekistan and featured among the leaders in a group photograph taken at dinner on Thursday.

Clashes over the poorly demarcated border between the two former Soviet republics are frequent, but usually de-escalate quickly, although last year they almost led to an all-out war.

Both host Russian military bases and have close ties with Moscow, which urged a cession of hostilities this week.