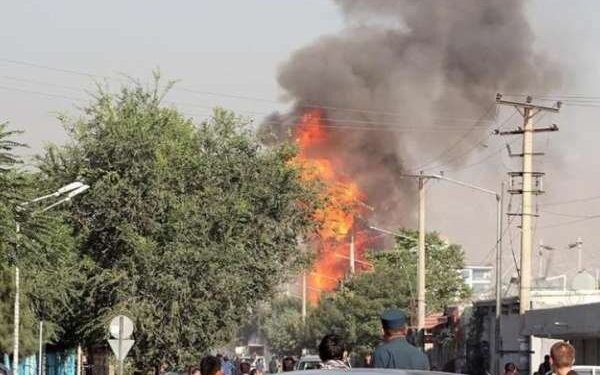 Two Russian diplomats were among 20 people killed on Monday in an explosion outside the country’s embassy in the Afghan capital, Kabul, reported Russian state-affiliated media RT citing local media sites.

The blast reportedly took place outside the embassy gates where people were waiting for visas. Even though casualties are feared, the report has not been confirmed yet.

As per a report in Mirror, it was a suicide bombing attack and the bomber is believed to have donated his device after being shot by Taliban guards outside the embassy gates.

Head of the local police district Mawlawi Sabir said, “The suicide attacker before reaching the target, was recognized and shot by Russian embassy (Taliban) guards … there is no information about casualties yet.”

The RIA Novosti news agency said the explosion went off when a Russian diplomat came out to people waiting outside to call out the names of candidates for visas.

According to a statement by the Russian Foreign Ministry, the explosion occurred “in the immediate vicinity of the entrance to the consular section of the Russian Embassy” in the Afghan capital.

“An unknown militant set off an explosive device,” the ministry said. “As a result of the attack, two members of the diplomatic mission were killed, and there are also victims among Afghan citizens.”

The explosion took place just two days after at least 20 people were killed in a blast that rocked a mosque in northwestern Afghanistan during Friday prayers.

Guzargah mosque in the city of Herat was bombed at around 12:40 pm (local time), Khamaa Press reported, citing authorities run by the Taliban.