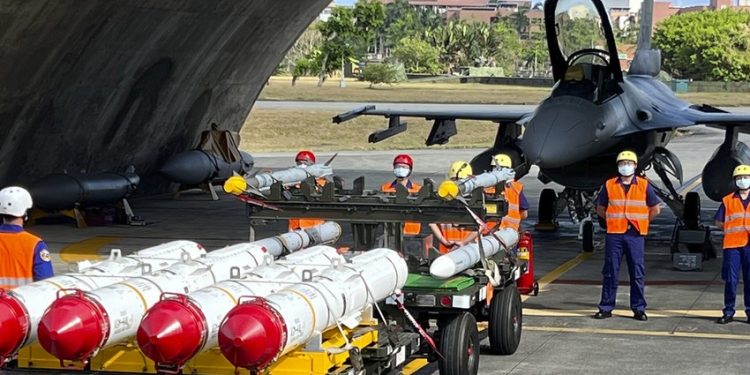 The US State Department has approved a potential $1.1 billion sale of military equipment to Taiwan, including 60 anti-ship missiles and 100 air-to-air missiles, the Pentagon said on September 2, amid heightened tensions with China.

The package was announced in the wake of China’s aggressive military drills around Taiwan following a visit to the island last month by US House of Representatives Speaker Nancy Pelosi, the highest-ranking US official to travel to Taipei in years.

The sale includes Sidewinder missiles, which can be used for air-to-air and surface-attack missions, at a cost of some $85.6 million, Harpoon anti-ship missiles at an estimated $355 million cost, and support for Taiwan’s surveillance radar program for an estimated $665.4 million, the Pentagon’s Defense Security Cooperation Agency (DSCA) said.

Congress must review the sales, but Democratic and Republican congressional aides said they do not expect opposition. There have been at least two other visits to Taiwan by members of Congress from both parties since Pelosi’s visit, as well as by governors of US states, all condemned by Beijing.

Azerbaijan's MFA: Armen Grigoryan's illegal visit to Khankendi is a next provocation by Armenia