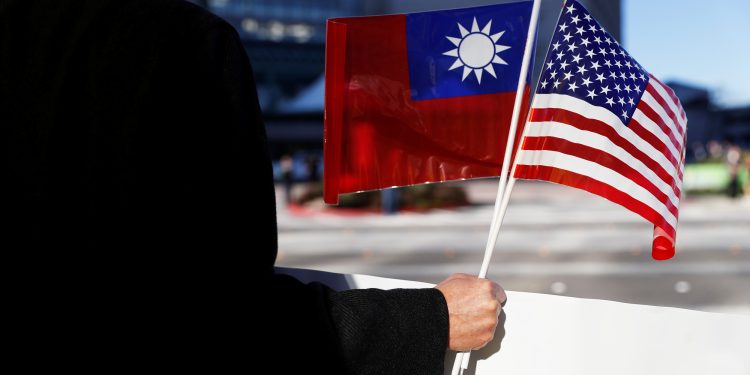 A demonstrator holds flags of Taiwan and the United States in support of Taiwanese President Tsai Ing-wen during an stop-over after her visit to Latin America in Burlingame, California, U.S., January 14, 2017. REUTERS/Stephen Lam - RC1BA7D034A0

by Royal
0
VIEWS
FacebookTwitterTelegram
Taiwan’s foreign ministry on Saturday expressed “sincere gratitude” towards the United States for taking “concrete actions” to maintain security and peace in the Taiwan Strait and the region, reports  Reuters.
U.S. Indo-Pacific coordinator Kurt Campbell said on Friday that China “overreacted” to U.S. House of Representatives Speaker Nancy Pelosi’s visit to Taiwan, which set off days of war games by Beijing around the island, which China views as its own territory.
Taiwan’s foreign ministry said in a statement on Saturday that China’s “unprovoked military and economy intimidation” had “further strengthened the unity and resilience of the global democratic camp”.
Tags: ChinaTaiwan