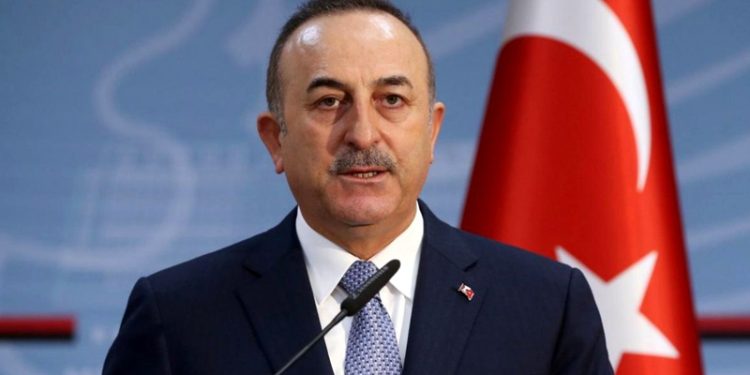 Cavusoglu has brief discussion with Syrian counterpart for 1st time

Foreign Minister Mevlüt Cavusoglu said he had a quick word with his Syrian counterpart on the sidelines of the Non-Aligned Movement meeting in Belgium, reports Daily Sabah.

“We need to bring the opposition and regime together for reconciliation somehow, there will be no permanent peace otherwise,” he said.

Cavusoglu highlighted the necessity of a strong central administration to prevent the disintegration of Syria and this would only be possible with unity.

The brief encounter marks the first time the top Turkish diplomat interacted with a Syrian official, as Türkiye has been backing moderate opposition groups against the Bashar Assad regime since the beginning of the Syrian civil war in 2011. Also, Turkish forces carried out several cross-border operations to clear its border from the occupation of the PKK terrorist group’s Syrian affiliate, the YPG, and the Daesh terrorist group in order to provide national border security and create a stable environment for local people living near Turkish borders.

In July, Turkey, Russia and Iran pledged to maintain cooperation in Syria to decisively defeat Daesh and other terrorists.

The Astana meeting was initiated by Turkey, Iran and Russia to bring the warring sides in Syria together to find a permanent solution to the decadelong war. The main agenda items have been the constitutional system, political transition, security and resettlement. The first Astana meeting was held in Turkey in January 2017 to facilitate United Nations-sponsored peace talks in Geneva.

A U.N. Security Council resolution adopted in December 2015 unanimously endorsed a road map to peace in Syria that was approved in Geneva on June 30, 2012, by representatives of the U.N., the Arab League, the European Union, Turkey and all five permanent Security Council members – the United States, Russia, China, France and Britain.

It calls for a Syrian-led political process starting with the establishment of a transitional governing body, followed by the drafting of a new constitution and ending with U.N.-supervised elections. The resolution says the free and fair elections should meet “the highest international standards” of transparency and accountability, with all Syrians – including members of the diaspora – eligible to participate.

Sweden and Finland have not fulfilled their promises yet: Turkish Top Diplomat