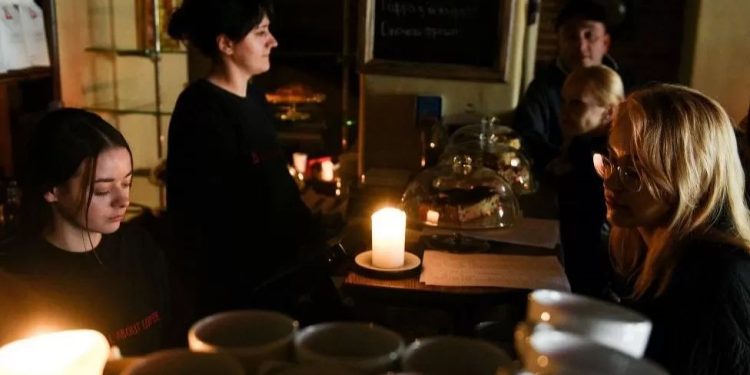 Ukrainians told to ‘charge everything’ as power grid hit by Russia

Ukraine’s national energy company has urged citizens to “charge everything” by 07:00 (04:00 GMT) Thursday because of expected power cuts caused by Russian missile strikes.

Energy plants were hit by Russian missiles again on Wednesday – part of a wave of such strikes since 10 October.

Outages of up to four hours at a time will affect the whole country on Thursday, grid operator Ukrenergo said.

It comes as Russia declares martial law in areas of Ukraine it has annexed.

Heightened security measures have also come into force in Russia – mostly areas along the Ukraine border.

In preparation for the blackouts, Ukrenergo has appealed to Ukrainians to stock up with water and ensure they have “warm socks and blankets and hugs for family and friends”.

Phones, power banks, torches and batteries need to be charged, it urged.

As much as 40% of Ukraine’s energy infrastructure has been seriously damaged, according to Oleksandr Kharchenko, an adviser to the energy minister.

President Volodymyr Zelensky said three energy facilities had been destroyed on Wednesday and energy companies were preparing for “all possible scenarios” for winter. He was due to address a summit of EU leaders, who are trying to reach an agreement on bringing down gas prices.

Serious damage was reported to power facilities in Kryvyi Rih in central Ukraine and Burshtyn in the west. Ukrenergo said there had been more attacks in the past 10 days than in the whole preceding period since Russia’s invasion on 24 February.

Ukrenergo said it would use “controlled, calculated consumption restrictions” and warned power cuts may occur throughout Ukraine from 07:00 to 22:00. It advised citizens to check the regional network operators’ websites to see how it would apply to them.

Sporadic power cuts have already affected parts of the capital of Kyiv and many of Ukraine’s regions. Russian missiles have damaged infrastructure all across Ukraine, including cities like Lviv in the west – a long way from the fighting.

Authorities have urged Ukrainians to reduce their power use in the evenings.

“We do not rule out that with the onset of cold weather, we will ask for your help more often,” Ukrenergo said. 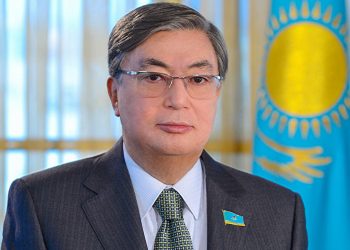 The recording of Berlusconi talking about Zelensky has caused controversy

Erdogan: 'Turkiye is ready to support Azerbaijan in all projects in Karabakh'