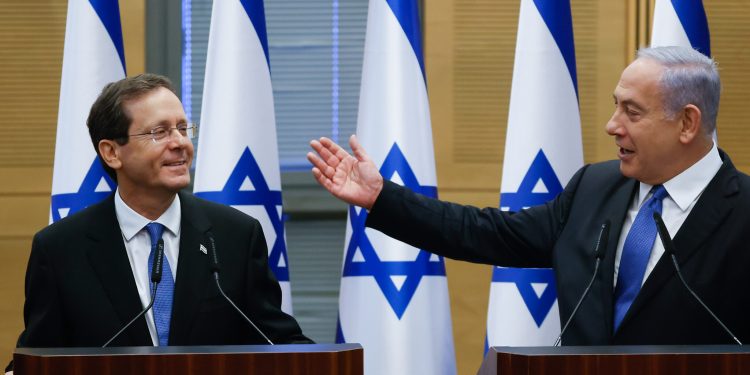 Former Israeli Prime Minister Benjamin Netanyahu received an official mandate on Sunday to form a new government and pledged that he would seek national consensus after an election in which Jewish far-rightists surged, drawing concern at home and abroad,  informs  Reuters.

That puts the conservative Netanyahu on the path to one of the most stable governments in years, after an 18-month hiatus during which he was replaced by a rare but fragile alliance of centrist, liberal, nationalist and Arab politicians.

“I intend to work to broaden the zone of consensus among us,” Netanyahu said in televised remarks at Herzog’s residence, adding that he would represent all Israelis “without exception”.

He asserted that there was already widespread agreement on Israel’s Jewish identity but that individual liberties should also be upheld – an apparent allusion to its 21% Arab minority as well as secular liberals.