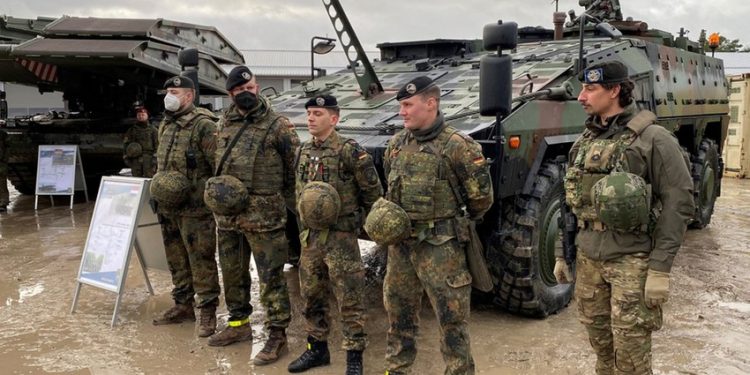 The Bundeswehr (German Armed Forces) will increase its permanent presence in Lithuania and strengthen its battle group to strengthen NATO’s eastern flank in light of the war in Ukraine, the Defense Ministry of Germany said, Report informs via TASS.

In addition to forces in Slovakia, the Bundeswehr has committed to increasing its permanent presence in Lithuania and is strengthening its battle group there, the German Defense Ministry said.

The ministry noted that this includes strengthening the presence of military and naval forces in the Baltic Sea and air patrols on NATO’s eastern flank in the Baltic region.

On September 13, the Ministry of Defense of Lithuania announced that Germany and Lithuania are working together on projects to expand the military infrastructure of the Lithuanian army to host the brigade of the North Atlantic Alliance. Moreover, Vilnius and Berlin will agree on the joint supply of weapons.