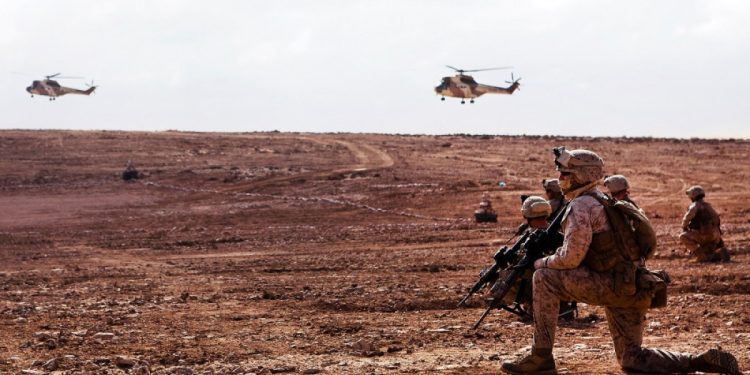 Exercise Swift Lion kicked off today Sunday in Jordan with 27 nations including Lebanon, the US, the UK and France, and alternated with counter-terrorism operations and threats of weapons of mass destruction, APA reports citing El Nashra.

The Jordanian army said in a statement that this tenth session of the exercise, organized on Jordanian soil, will take place from September 4 to 15, explaining that it aims to “work together in the field of counter-terrorism, the development of security forces and cooperation between agencies and institutions different countries to respond to security threats” and internal crises.

The statement added: “These exercises are designed with scenarios that simulate the reality, conditions and challenges facing the entire world, including the threat of terrorism, and simulate new threats such as the use of weapons of mass destruction of various types.”

“During the exercise, there will be many meetings and seminars, which will bring together high-ranking military leaders and figures, the purpose of which will be to discuss the most important problems and dilemmas facing the world at the security level, and ways to solve them,” he added.

The exercises are taking place on the fields of the Jordanian Armed Forces, in the command and control centers, the Special Operations Training Center. King Abdullah and the National Center for Security and Crisis Management involving various types of land, air and sea weapons.

The last maneuvers were held from August 25 to September 5, 2019, before the start of the coronavirus pandemic, with the participation of 28 countries.

The maneuvers were also carried out in 2018, only with Jordanian-American participation, from April 15 to April 26, in which 3,500 American troops participated.