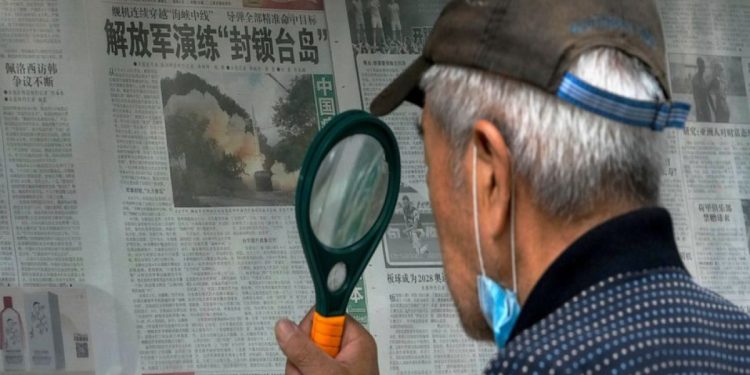 China said Sunday it carried out its fourth consecutive day of military drills in the air and sea around Taiwan in the wake of U.S. House Speaker Nancy Pelosi’s visit to the self-ruled island, despite international calls to calm the tensions, APA reports citing Associated Press.

The People’s Liberation Army said the exercises focused on testing its long-range air and ground strikes. It did not say if it will continue the drills after Sunday.

Taiwan said that it continued to detect several batches of Chinese aircraft, ships and drones operating around the Taiwan Strait, which separates the island and mainland China, and “simulating attacks on the island of Taiwan and our ships at sea.” Taiwan’s defence ministry said it detected a total of 66 Chinese aircraft and 14 Chinese warships conducting joint naval and air exercises around the Taiwan Strait. In response, Taiwan deployed air reconnaissance patrols, naval ships, and shore-based missiles, and said that it will continue to closely monitor the situation.

The drills will include snipers, combat vehicles, armored vehicles as well as attack helicopters, said the report, which cited an anonymous source.