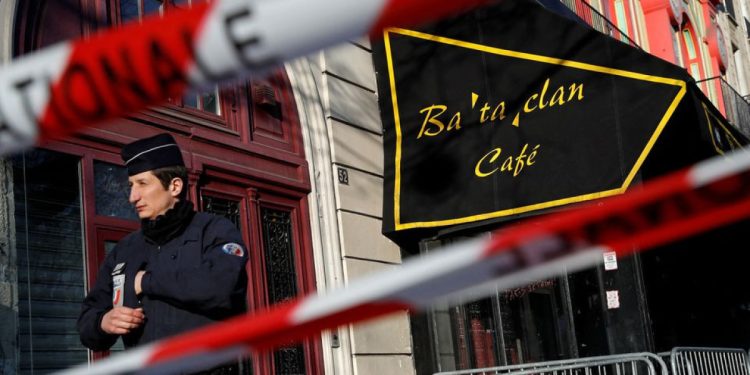 A French court is handing down verdicts against 20 men accused of involvement in the 2015 Paris attacks which saw 130 people killed, APA reports citing BBC.

Among the accused is Salah Abdeslam, seen as the key suspect and the only suspected attacker to have survived.

He told the court this week that he was “not a murderer, or a killer” and that to convict him of that would be “an injustice”.

For more than nine months, victims, journalists, and the families of the dead have lined up outside the specially-built courtroom in Paris to piece together the story of the worst attack in France since World War Two.

The combination of gun and bomb attacks across bars, restaurants, the national football stadium and Bataclan music venue on 13 November 2015 saw hundreds injured alongside those killed.

Testimony during the trial has at times been harrowing, such as the playing of audio recordings from inside the Bataclan.

One victim heard his own exchange with the gunman taking him hostage. He said having the court hear it with him was “the most healing thing”.

But the testimony has also often been dense, detailed – and confusing.

The explanations of Salah Abdeslam, now 32, were sometimes contradictory and difficult to follow.

He is accused of being part of a 10-man squad of heavily-armed jihadists who launched the attack, before discarding his suicide belt and fleeing back to his home in Brussels where many of his co-accused lived.

Prosecutors have requested a full-life term for Salah Abdeslam, the most severe penalty for criminals that can be imposed under French law, with only a small chance of parole after 30 years.

It has only been handed down four times since 1994.